Saturday night was one of those nights where the worlds among which I move merged.  It was not only a perfect opportunity for me as a performer to use my singing and stage voice, but my improv skills as well.  After the performance, I discovered my worlds had converged more than I imagined possible.  I am moved by the gifts of members of this audience which included health care professionals from Alexian Brothers Neurosciences Institute and awesome stroke and related neurological-issue survivors.

The basic format of the evening went like this: Song – “Oscar” presentation – improv with the audience – repeat.  Strip tease is not normally part of what I do, but a little bit went a long way!   The premise I used was I was experiencing para-menopausal side-effects.  In reality, I’m not there yet [OMG, TMI!], but have heard plenty about symptoms from older friends.

The audience went along with the improvisations more than I’ve seen some professional improvisers do.  And they made me crack too.  Here are some of the improvs I remember doing:

There were several technical “malfunctions” which – from an improv standpoint – were, actually, gifts.  The projector that was supposed to project words for the sing-along read “Blank” for the songs.  Because of mypremise, it made sense to say “Welcome to my paramenopausal memory!”

The next malfunction occurred when someone started to lower a screen.  The sound gave me a start.  I fanned myself with the envelopes while they flipped a switch to raise it and exclaimed “Oh!  That just gave me a hot flash.”

The next time the screen was an issue, I fanned myself and made the comment “Oh!  Now I understand how teenage boys feel.”  Whoever was working the screen was really quick.  They made the screen go up and down several times.  We all cracked up at that one.

The last “malfunction” happened when a short video couldn’t work.  I looked at the tech folk and asked them to signal to me if they could get it to work.  They did so right before it was time for my final song.  The video – actual footage of an audience member shortly after their stroke, was a tremendous gift for me, and everyone there.  It showed how far the survivor had come from that day.  It gave me the opportunity to say that while I had been invited to bring levity to the weekend, that I was grateful to meet with such an amazingly dynamic group of people.

After the program, several folk took pictures with silly yours truly. Then, something really amazing happened.

A young man had been CFO of a comedy club, an entrepreneur and a restaurant owner.  He said he had lost 1.7 million dollars on one business venture.  I responded a lot of folk have been doing that lately.  He then said he did it about ten years ago.  When I quipped “Oh, so you’re a trend setter!”, he laughed and said “Now that’s how I should look at it!”

A really gorgeous young man, who had an equally gorgeous bass-baritonal speaking voice, said he had been both an opera singer and musical theater performer.  I noticed an indentation at the base of his neck and asked if he had had a tracheotomy.  He confirmed he had and said that it, thankfully, had not touched his larynx.  He further told me he had been shot in the Andersonville neighborhood.  He kept apologizing for how long it took him to talk.  I hugged him and said there was absolutely nothing for which he needed to apologize.  Would you believe he wants to hear me when I sing something serious?

Of this man, I did a search with information he had given me.  I found there was a reason his name sounded familiar.  He had been a dynamic and succesful actor for 15 years.  He had gone to a bar after a show and, while on his way home, was shot in the head.  It appears he had been one victim of a series of hate crimes that had occurred in the Chicago area in 2005.  Does anyone know if the monster(s) who did this to him have been caught.  Why?  Why?  Why does these horrific things continue to happen?

My heart is at once broken and inspired by these three people’s stories.  I also learned a bit how technology is helping people with aphasia communicate and how, in one case, is helping movement return to their hands.

I am honored to have been invited to perform for this group of folk.  In all honesty, the gift-giving has been from them to me.  Thank you so much. 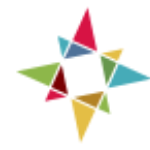